In June, along with some colleagues, I attended the FIRST Conference 2011 in Vienna.

On the second day of the conference (June 14th), I moderated a panel session titled: "SPECIAL Panel Session: The day disaster struck the northeastern part of Japan" This panel session was designed to talk about what CSIRTs in Japan did in the wake of the March 11th earthquake. The panelists were Mr. Itaru Kamiya from NTT-CERT, Mr. Yoshinobu Matsuzaki from IIJ-SECT, Mr. Teruo Fujikawa from NCSIRT and Mr. Yusuke Gunji from Rakuten-CERT. Each panelist represented tele-communication infrastructure, ISP, security consulting and an internet services firms.

The original idea for holding this discussion at the FIRST conference came from Mr. Gunji. So a gathering among the CSIRTs in the Tokyo area of Japan was held to discuss what we would be able to discuss at the conference.

Among the topics discussed were, where each panelist was when the disaster struck and what they personally did immediately following. Included in the discussion were attempts to get home using a bicycle. March 11th was most likely the day where the most bicycles were sold! 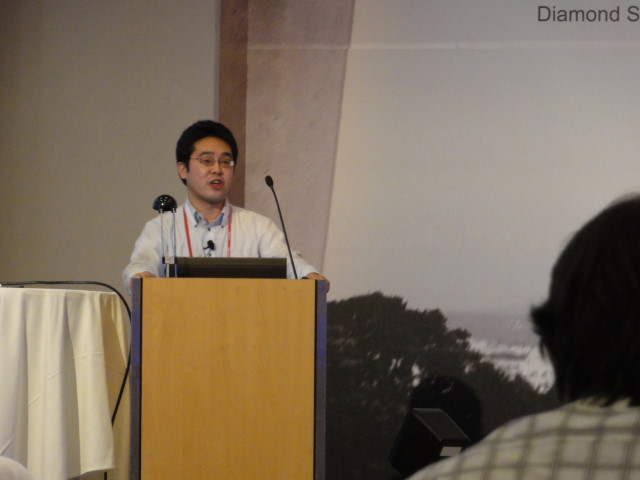 Me at the podium

After that, each panelist would go on to explain what their respective organizations did in the aftermath. For example, any organizational changes that were made, systems and measures that were implemented to improve communication channels, any outreach to the communities affected by the disaster were discussed as well.

Conclusions drawn from the session were:

There was a fairly large audience present to listen to our session. I sincerely hope that not only they enjoyed it, but were able to get something out of it as well.

This was not the only presentation that JPCERT/CC took a part in. Mr. Koichiro Komiyama, Manager of the Global Coordination Group and Mr. You Nakatsuru from the Analysis Center also presented during the conference. Also during the Annual General Meeting of FIRST, Dr. Suguru Yamaguchi, Board Member of JPCERT/CC was elected to be part of the Steering Committee for FIRST! 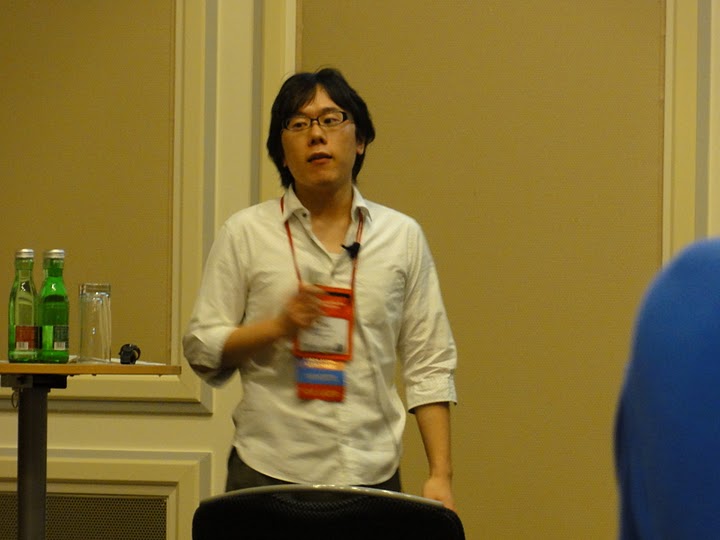 Mr. Nakatsuru during his presentation

JPCERT/CC was able to contribute to this year's conference more so than in year's past. We hope to continue our work in the FIRST community.