Visit to Indonesia - Everybody Can Hack & Id-SIRTII/CC -

We attended an technical event “Everybody Can Hack” in Indonesia on 25-26 February as a guest speaker. I would like to introduce the event and our cooperation with Id-SIRTII/CC (Indonesia Security Incident Response Team on Internet Infrastructure/Coordination Center), the National CSIRT of Indonesia.

“Everybody Can Hack” is a technical seminar which is co-organised by Sekolah Tinggi Teknologi Terpadu Nurul Fikri (Nurul Fikri Institute of Integrated Technology, hereafter ‘STT-NF’) and IdNSA (Indonesia Network Security Association) in Depok City, located in the west of Java Island. This is the second run after the 2017 event. 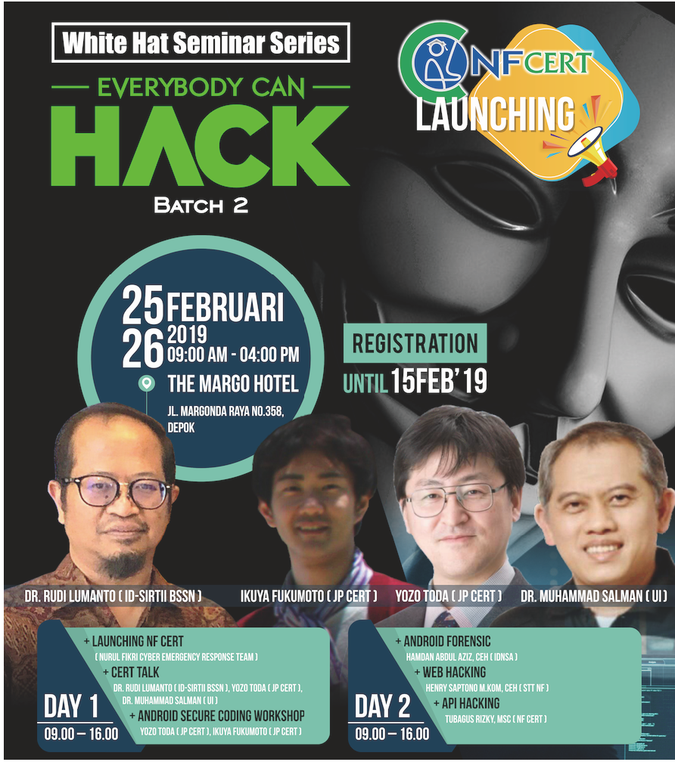 Id-SIRTII/CC kindly invited us to speak at the event, and we conducted a workshop on secure coding for Android application targeting mobile application developers.

This time we touched upon characteristics in Android framework to care about when developing Android applications and examples of vulnerable implementation along with some demonstrations. Although it was a long workshop for 4 hours in total, the participants were actively engaged in the event. 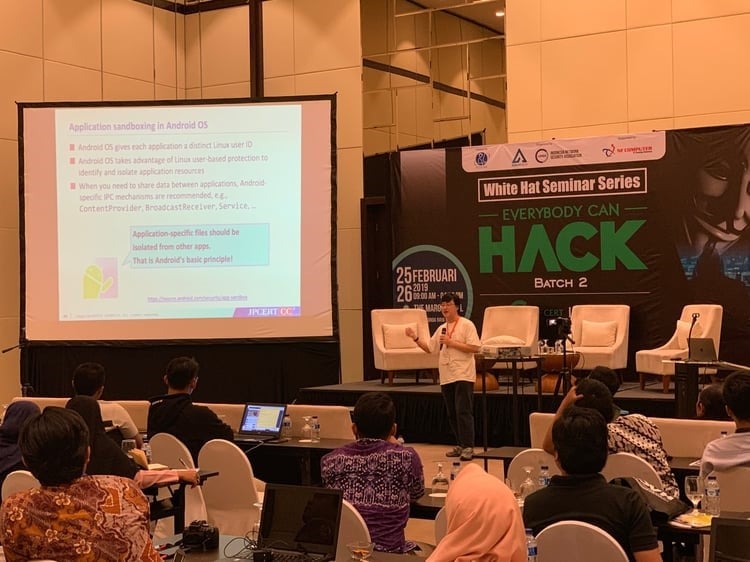 This event also commemorates the launch of NF-CERT, which is the Computer Emergency Response Team for STT-NF. An opening ceremony was held with participants from National Cyber Encryption Agency (BSSN), University of Indonesia and Depok City Government. There are many CSIRTs being launched in Indonesia in various organisations. 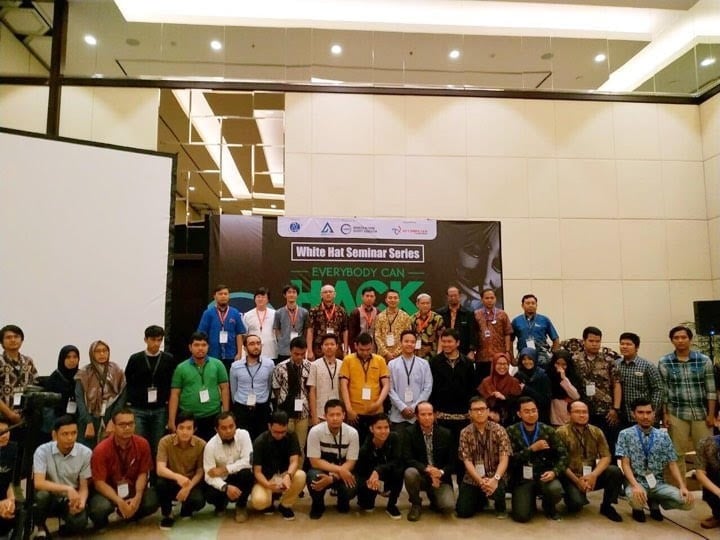 Group photo at the event

After the “Everybody Can Hack” event, we visited Id-SIRTII/CC’s office in Jakarta.

Id-SIRTII/CC is a National CSIRT of Indonesia, and JPCERT/CC has been cooperating with them in many different areas, including APCERT (Asia Pacific Computer Emergency Response Team), a CSIRT community in the region. 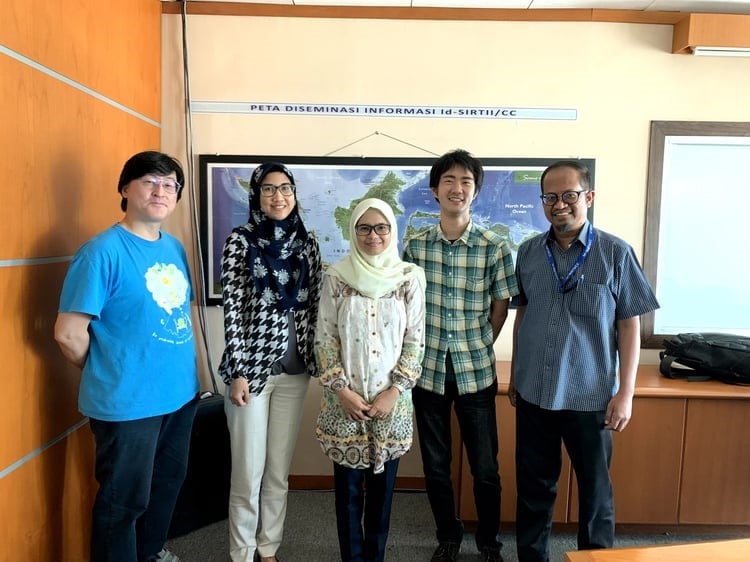 One of the venues of collaboration is ‘TSUBAME’, the joint Internet monitoring project which JPCERT/CC operates with the help of CSIRTs mainly in the Asia Pacific region. We discussed about the status of sensors placed in Indonesia.

JPCERT/CC will continue cooperating with CSIRTs in various countries through different projects.